What Are the Different Types of Internet Connections?

As more people, homes, businesses, and devices become connected, the need for more bandwidth continues to scale. Here's how different types of internet connections compare when it comes to providing optimal speeds.

Your need for internet speed is one of the most critical factors in choosing an internet service provider (ISP).

Not everyone needs the fastest internet speed (kidding, everyone needs faster internet), but it's still important to have enough bandwidth to meet your household needs. Today, that includes access to Netflix, Hulu, and Xbox. Oh, and don’t forget email, Facebook, online shopping, and school work.

Understanding the differences between each type of internet connection when choosing the best internet option for your needs is important. Here’s what you should know about each connection type.

What are the different types of internet connections?

Different types of internet connections are available depending on your ISP and where you live.

Your connection speed and internet plan cost could depend on the internet connection types available to you. Most cities and suburbs have at least a few options for internet access, and most rural areas have seen increased speed and reliability thanks to fixed wireless and satellite internet.

But you may see other internet connection types and wonder how they stack up. Some of the most common connections available include:

Dial-up internet access is a type of internet access that connects to an ISP using your telephone line. A dial-up modem converts audio signals into data for transmission over those phone lines.

Early versions of dial-up started with connections as slow as 14.4 kilobits per second (Kbps). That was just enough to read text on the screen and maybe one picture. When U.S. Robotics Corp. released the 28.8 Kbps modem, speeds increased.

With a 28.8 Kbps dial-up connection, you could load one website at a time and send an email using Sendmail. (We've come a long way!) Later, internet service providers that offer dial-up services, including America Online (AOL) and NetZero, found a way to reach 56 Kbps by adding line compression into the architecture.

Many service providers started to build next-generation internet connection networks to meet the demand AOL generated. Realizing that dial-up connectivity would not serve up the rich content from e-commerce sites, internet providers spent billions to offer even faster connection speeds to communities.

Satellite broadband is another form of wireless internet that is also helpful for serving rural areas.

Viasat, HughesNet, and Starlink have developed satellite dishes and terminals with impressive upload and download speeds for internet access. Though one drawback to satellite internet is that you need a clear view of the Southern sky (at least in North America).

DSL allows for faster internet access than dial-up by transmitting digital data through existing copper phone lines in your neighborhood. And while you couldn't use dial-up internet while someone was using the landline phone, you can browse the web on DSL while chatting on the phone.

There are various types of DSL internet, including asymmetric DSL (ADSL) and symmetric DSL (SDSL). One thing to note about this type of internet connection is that many large ISPs are trying to shut down their DSL networks, much like AT&T started to do in 2020.

Cable internet uses a cable modem that's connected directly to the internet via the same coaxial cables you use to plug into your cable TV service. (Don't worry, you can still watch TV while using the internet.)

You'll usually see faster internet speeds available with cable than you would DSL, but fiber-optic internet is typically faster than your average cable connection.

Fiber-optic internet uses light to transmit information across a color spectrum of glass cables. The speed of fiber optics varies depending on how close your ISP delivers a fiber internet signal to your house, as well as other factors.

Many cities and suburbs are seeing fiber internet rolled out, but more rural areas might be lagging behind.

Fixed wireless broadband allows you to access the internet from a stationary antenna or dish. Wireless Internet Service Providers (WISPs) offer fixed wireless plans at speeds starting at 1 Mbps, usually in rural areas where there is no wired broadband infrastructure.

Wireless LTE broadband services are becoming increasingly available from mobile phone service providers and others. These services are generally suitable for highly mobile customers, such as those who travel in an RV. Mobile internet usually needs a special PC card with an internal antenna plugged into your laptop.

What is 5G internet?

The following chart should give you an idea of the various speeds each internet connection could reach. Remember, the speed varies depending on your ISP, internet plan, and location.

Which ISPs offer which types of internet service?

The good news: every large internet provider has plans that fit most everyone's needs. Many of these ISPs continue to make considerable investments to make internet more accessible to everyone.

Did you know Facebook was almost an internet provider?

In 2014, Facebook CEO Mark Zuckerberg launched an ambitious project called the Aqulia. The idea was that Facebook would launch self-propelled, solar-powered gliders into rural areas and beam down internet signals. Although the project gained notoriety, eventually it was canceled.

What is the fastest type of internet?

The fastest type of internet is currently fiber-optic with an impressive 5 Gbps, but 5G is expected to have a range of 10 Gbps when fully available.

What is the slowest internet connection?

Dial-up forever will be known as the slowest internet option at a max of 56 Kbps. Satellite and DSL internet could also be considered slow depending on what plan you're subscribed to.

Which is better, fiber or DSL?

Fiber is hands-down better than DSL thanks to its faster speeds and larger bandwidth capacity. However, fiber is not accessible to many parts of the country. DSL, if available, could still be an excellent option.

Is DSL and ADSL the same?

ADSL is a type of DSL. So is SDSL.

ADSL, or Asymmetrical Digital Subscriber Line, is used primarily by residential customers, and its download speeds are usually faster than its upload speeds.

SDSL, or Symmetrical Digital Subscriber Line, is used primarily by businesses for services such as video conferencing. It can also be helpful for residential activities, such as livestreaming, which can require just as much bandwidth for uploading as it does downloading.

Internet connections and options vary depending on what's available in your area. Considering the various options, it’s a good idea to reach out to multiple ISPs like AT&T, Comcast Xfinity, and Verizon to compare prices, connection types, and speeds.

If you're located in an area without many internet options, Viasat, Starlink, and HughesNet offer satellite internet plans — though they may cost you more than DSL, cable, or fiber internet. Rise Broadband and Starry offer fixed wireless internet plans that may also be an option worth considering.

5G also has a promising future, especially with the growth of smart cities, connected cars, and industrial devices. Connectivity and bandwidth demands will continue to grow, and hopefully, everyone will have many options to connect regardless of where they are located.

John Gormally is a seasoned global cybersecurity expert, freelance writer, and blogger. With a mix of 25 years in technology sales, marketing, and content creating, John enjoys sharing his experiences with the business community through his various writing projects.
+
Table of Contents
Related Articles 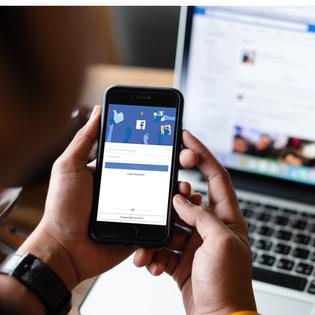 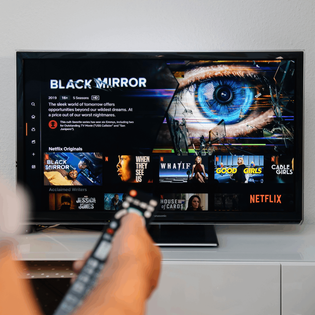